AK Steel International is a subsidiary of Cleveland-Cliffs Inc. which is headquartered in Cleveland, Ohio, U.S.A.

The American Rolling Mill Company (ARMCO) was founded in 1899 in Middletown, Ohio, where it operated a production facility. In more than 100 years of history it expanded enormously and amongst others, it established several European subsidiaries. These subsidiaries decided in 1986 to to jointly operate under the name ARMCO Specialty Steels Europe. In 1999, the parent company of these subsidiaries, ARMCO Inc. merged with AK Steel Corp., Middletown, Ohio. Through this merger the company name ARMCO was changed to AK Steel. In April 2000, also the ARMCO subsidiaries in Europe were renamed into AK Steel. To be more in line with the global sales activities, it was renamed in 2004 to AK Steel International. 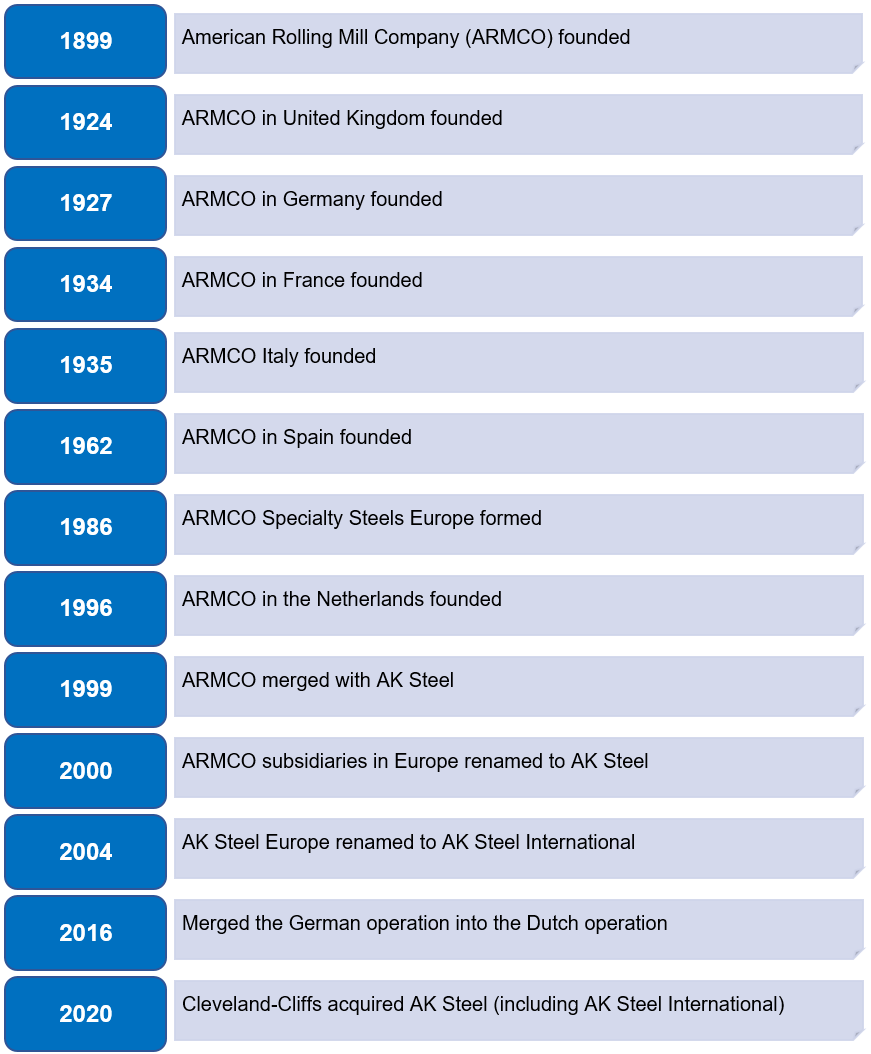 We're here to answer your questions.